FTD will now release the limited edition version of Bruce Jackson's 'On the Road with Elvis' In November. The book now includes 3 CDs featuring audio commentary by Jack Mullins and two soundboards: Sioux Falls, October 18 1976 and Atlanta, December 30, 1976, will be available as a Follow That Dream (FTD) release in September. Bruce was Elvis' sound engineer at the concerts from 1971 to 1977. The book was previously released on its own by Gary Jackson in 2018. This new release is now sold out and there will be no reprint.

Bruce Jackson On The Road With Elvis

'Bruce Jackson On The Road With Elvis' is a large format (240 x 31.5 cm | 9.5" x 12.5") 222 page beautifully presented hardback book printed on premium, semi-matt art archive paper and comes in a custom-made slipcase. This original story, with not only an account of a remarkable Australian's life but also a fresh, new insight into the life of Elvis Presley, will be welcomed by fans who may have thought everything on Elvis' life and career had already been said. 'Bruce Jackson On The Road With Elvis' features many original, never-before-published photographs from the Jackson family collection.

Raised in a castle overlooking Sydney Harbour, Bruce Jackson dropped out of university course in 1968 to build stroboscopes, amplifiers and colour-organs for the emerging psychedelic light show culture. Little did he know that in just three years he'd be on the road managing Elvis Presley's sound and poised to change forever how live concert sound was presented. In six years with the Elvis Presley Show Bruce established a close professional and personal bond with Elvis who trusted him implicitly to deliver the best sound possible. Bruce's inventions and technical advances were adopted by the entire live concert touring industry.

Bruce was killed flying his own plane in Death Valley, California in 2011. He was a keen collector of memorabilia and left a haunting day to day record of his life on the road in postcards, letters and talking tapes. I've used them plus interviews with his colleagues and my own experience as his younger brother to write a fitting tribute to both men. The book delivers an intimate, engaging narrative of Bruce's extraordinary life, up close with the world's top performer. After Elvis died, Elvis-fan Bruce Springsteen hired Bruce Jackson, saying 'I've got Elvis' guy...Elvis' man is working for me in the house'. - Gary Jackson 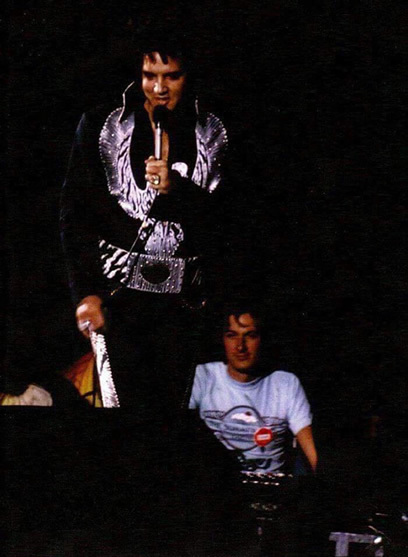 Years of work have gone into making this book a fitting tribute. Bruce's first-person narrative and contributions by friends and colleagues plus the eye-witness perspective of his brother Gary come together for an extraordinary insight. This is, incredibly, a new look at Elvis by someone who worked with him in a professional relationship that evolved into a personal friendship. Elvis came to respect Bruce Jackson as much as Bruce respected Elvis Presley.

'I mixed and ran the sound for Elvis for six years until his death on August 16, 1977. I was 22 when I started working for him. It didn’t seem like a big deal at the time, working strange hours and constantly on the road to the next city or town. I did hundreds and hundreds of shows with Elvis across mainland United States and Hawai'. - Bruce Jackson

'This is a book about a brilliant, flawed and fascinating human who served some of the greatest names in entertainment. Bruce lived as a teenager in one of Sydney's most opulent harbour-side mansions, yet he was just like a common man.

He didn't much care about diplomacy. He called a spade a shovel and could make the rational arguments that opened up tight budgets controlled by tight managers.

This book is an important work of history, and a labor of love by his younger brother Gary. I know well the breadth of research and fact-checking that has gone into these pages. Bruce's uncommon letter writing and photography, along with carefully kept audio tapes opens up a window into an era that the world will never see again'. - Julius Grafton 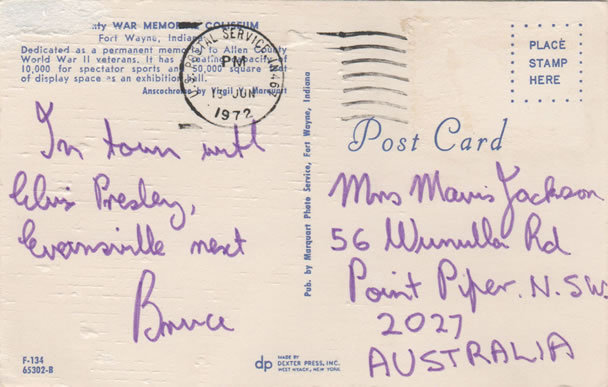 'When I first met Bruce Jackson I only knew two things about him. I knew that he had worked for Elvis, which I thought was great, and that he was Australian. I don't think I knew any Australians and we started working together and he did the sound and I learned very early on that Australians are unique.

He had ultimate patience. For many tours we did every single thing we could to give our audience the best sound that was possible. He revolutionised the approach to my sound on stage. Working with him was funny, because he was an engineer. Engineers can be abstract, hard to get a hold of their mind. But the other side of Bruce was, Bruce was very, very loving. He was very warm. He had Australian irony. He was also sentimental. He'd get choked with emotion, you know, if you were at the end of a tour and told him how great the sound was he had put his heart deeply into his work. But at the end of the day he was just a good friend, he was a lovely friend of mine'. - Bruce Springsteen 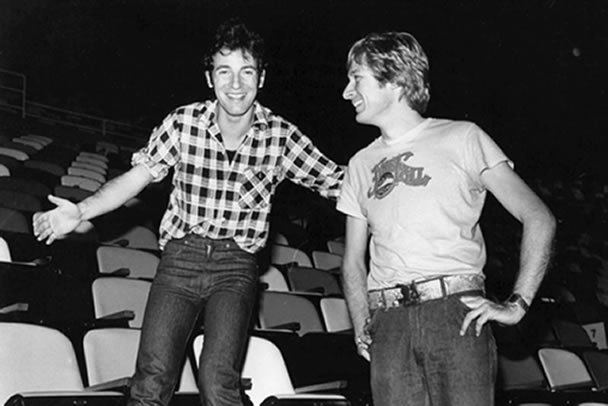 'Bruce Jackson was the sound guy from central casting. Tall, good looking, and Australian. He knew more about audio electronics than anyone I ever met. He made his clients sound their best, and then some. He had a mastery of live audio that is impossible to explain. Bruce spoke to Elvis like a normal person. He gave the mega-star the reassurance he needed before a show'. - Julius Grafton, publisher CX Magazine, the trade journal for the live audio and lighting industry in Australia.

'There was a bloke called Bruce Jackson from Sydney who was a genius. He grew up in Vaucluse and in the late sixties started getting into sound. In about 1971, when he was just 22, he became the sound engineer for Elvis Presley'.

'Bruce should be a household name in Sydney. I think he is an absolute legend. He revolutionised Elvis Presley's sound. He was the first person to put the speakers up off the ground, and fly them from scaffolding. He did a whole lot of stuff for Elvis Presley. Elvis absolutely adored him. And then after Elvis died in 1977, this bloke became Bruce Springsteen's front of house guy. A lot of the sound and techniques in common use today come from elements that Bruce developed'. Robbie Buck, ABC Radio, Australia.