Follow That Dream (FTD), Sony Music's Official Elvis Presley Collectors label was established in 1999 to serve the dedicated Elvis collector and to complement the commercial and artistic level of RCA's retail release schedule by issuing repertoire that is considered of interest to serious Elvis fans and collectors, material that is generally not part of mainstream RCA label releases to the public at large. The following links catalogue each release.

There are the original Collectors CD's with CDs ranging from soundboard recorded concerts (Recorded from the mixing desk in mono) to full RCA professionally recorded concerts in stereo and some great alternate take CDs such as 'The Jungle Room Sessions' etc, later FTD introduced the Elvis Classic Album Series where they release the original Elvis albums in deluxe 7" size packaging with a booklet and a usually a second CD of out takes from the same recording sessions that produced the album. There is also the Elvis : Movie Soundtrack Series usually released as a single CD but again in deluxe 7" packaging with booklet. Read more.

What is the No. 1 best selling FTD release?

***** The 'The Way It Was' CD re-issue from the Book was originally given a number but this was later corrected as it was only a reissue. However it has interrupted the flow in number sequence leaving no #84.

Elvis Concerts by Recording date, as Released by FTD

Importantly in 1996 people were putting out bootleg soundboard concerts that were selling very well. Some of these were stolen but many, lots, where originally given to new musicians joining the Elvis show to get an idea of an Elvis concert, also some of the sound engineers gave copies to friends, not all is known how they got out, but there are a large number of the 1000 or so concerts that Elvis performed in private hands - and also in the hands of FTD.

After seeing the sales of bootlegs, Ernst Jorgensen convinced BMG (the owner at the time before Sony came into it) to let him start a collector's label, this was in 1999. And they named it Follow That Dream.

What is the most popular FTD Release?

A: 'The Jungle Room Sessions', the 4th volume in the Follow That Dream label's releases. 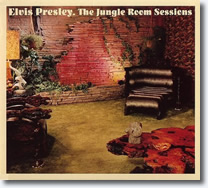 And let it be said loud and clear from the start, that it was indeed worth the wait as this is a magnificent album and by far the best Follow That Dream release so far. The album contains all the songs recorded by Elvis in his final two studio recording sessions, which took place in the so called Jungle Room at Graceland (hence the title) on February 2-7 and on October 29-30, 1976, which were originally released on the albums From Elvis Presley Boulevard and Moody Blue.

Sixteen complete songs plus one instrumental track plus a little, or perhaps more like a very big surprise! Of the sixteen complete tracks, thirteen are previously unreleased, alternate takes, and as such without overdubs, which in this case makes a very big difference.

The sound is incredible, totally pristine, which is a pleasant surprise as it has always been said that the sound on these sessions was very bad due to the unprofessional surroundings, acoustics etc. and severe microphone interference. A magnificent job, courtesy once again of Lene Reidel.

The cover is the usual digipack with only the most basic information, regarding recordings dates etc. Strangely, the backup singers are mentioned but the musicians are not!

The cover features an interior picture from the jungle room in very typical 70's colors. An untraditional approach to an Elvis Presley record cover and one of the very few not to feature a photo of Elvis. Refreshing. On the backside is a quite cool shot of the king riding either a Harley Davidson or a garden tractor (!) and inside is a shot of the RCA mobile recording van parked on the backside of Graceland. Still, it should be stressed that a little more information and an essay would be a very welcome addition to these releases. The playing time is at 72:02 very satisfying and many songs play for 4 or 5 minutes.